Aspirin is a common over the counter medication which is used to treat headaches and for a range of other medical conditions. When viewed by polarized light microscopy it takes on a whole new appearance, fairly incredible if I do say so myself!

The melting point of Aspirin acid is fairly low, because of this lower temperature a small amount was placed on a concave microscope slide and passed through a bunsen burner flame in a fume cupboard until it had melted. The slide was progressively passed through the flame being careful not to either burn the Aspirin, or break the slide. Once the material had melted it was left to cool and re-solidify. 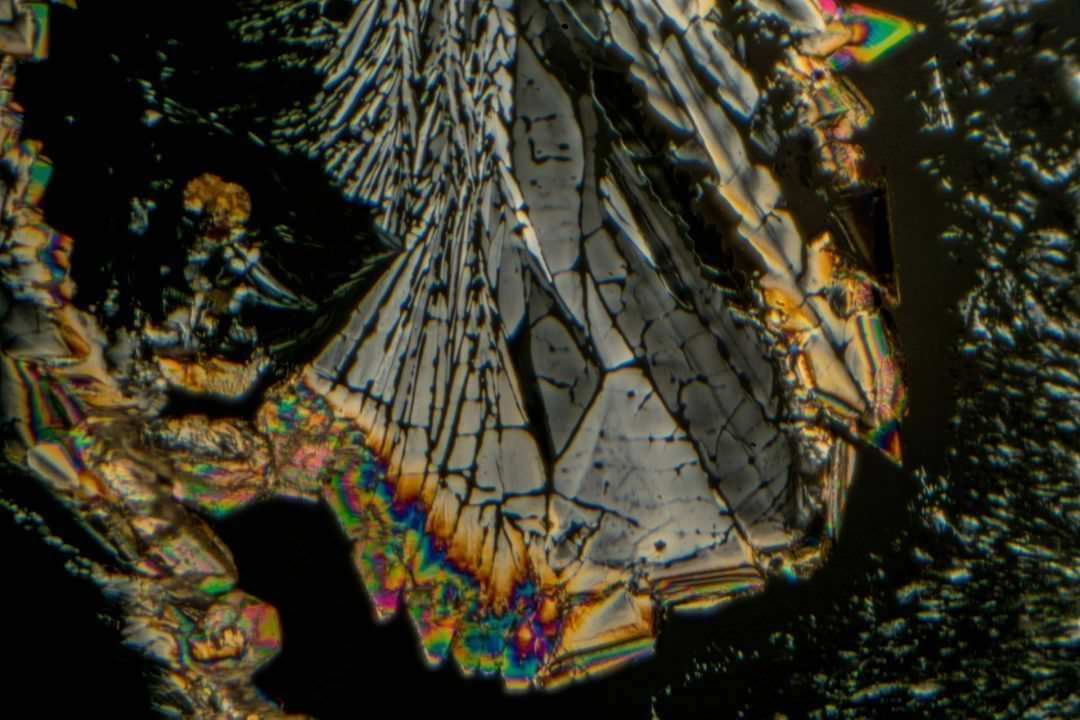