Bromine (Symbol: Br) is a chemical element which was isolated independently by two chemists in 1825 and 1826. Bromine in its elemental state is a fuming red / brown liquid at room temperature, and is both corrosive and toxic having properties similar to that of chlorine and iodine. Bromine does not typically occur in its elemental form, instead in colourless crystalline halide salts (similar to table salt).

Small amounts of a Bromine standard (Bromine in Nitric Acid) were concentrated by progressively evaporating the Nitric acid from the solution to lead to a greater concentration. As Nitric is VERY harmful this was done in full PPE in a fume cupboard. Once the Nitric acid had been reduced to a higher concentration a small amount (a few drops) were placed on a concave slide and left to evaporate at just under 85 Degrees C (the boiling point of nitric). 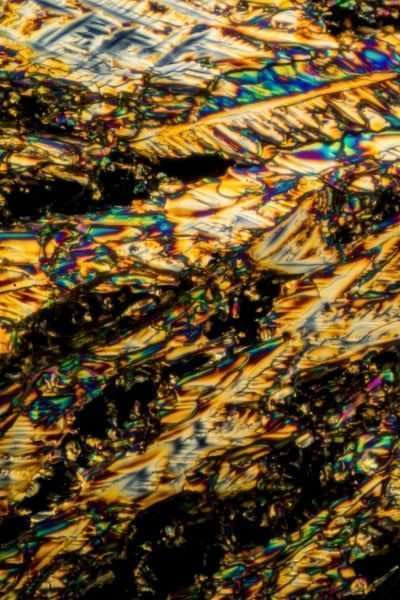