It would be difficult not to be aware of Caffeine, which is a central nervous system stimulant. Interestingly it is apparently the worlds most widely consumed psychoactive drug but remains legal and unregulated in nearly all parts of the world.

Caffeine functions in several ways, the most commonly known is where it reversibly blocks the action of adenosine on a receptor which prevents the onset of drowsiness as a result of adenosine.  Beyond that it is also reported to stimulate portions of the autonomic nervous system.

Caffeine itself is a white crystalline purine sound in the seeds, nuts and leaves of a number of plants which are native to South America and East Asia. Once extracted it is used as an additive in a number of products including Tea, Coffee and Cola.

Since caffeine has a relatively low melting point (<300 Deg C), it was prepared on a glass slide using the melt method. A small amount of analytical grade material was placed onto a concave slide, and gently heated over a bunsen burner within a fume cupboard; being careful not to break the slide or inhale the vapors. This was then left to crystallize on the slide and a cover slip placed on top. 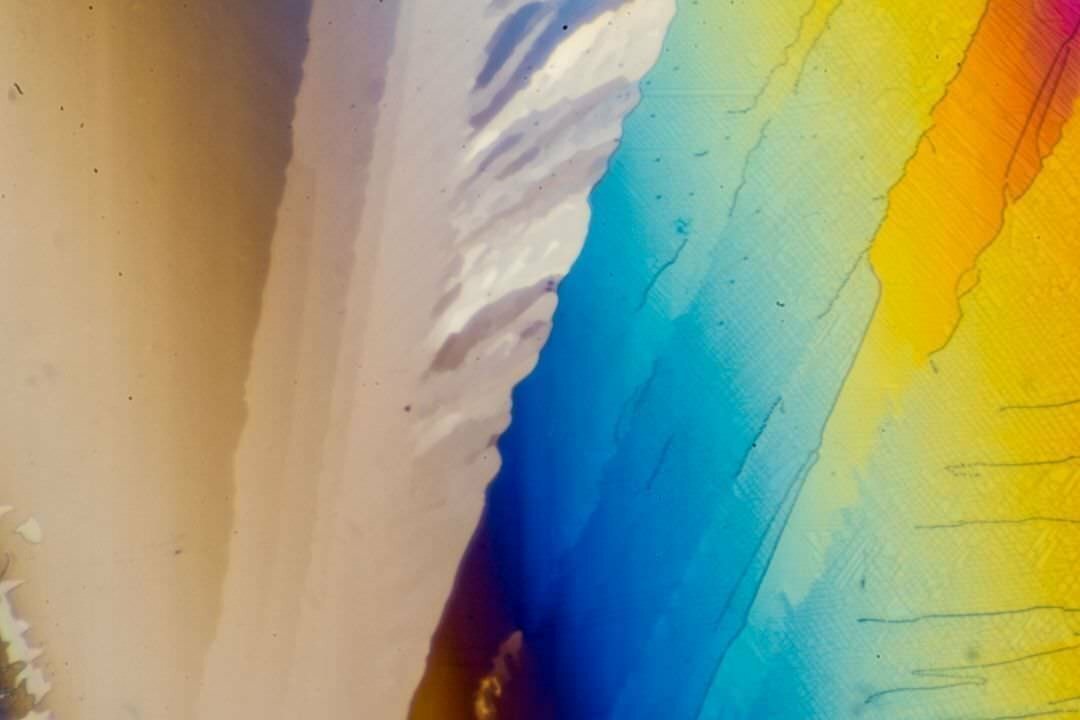 This page may contain Affiliate Links, These keep out site free and help support the upkeep, see our affiliate link disclosures.
Depth of Field

Prev Benzoic Acid by Polarized Light Microscopy
Next Under the Microscope: Cardiac Muscle