Blurry photos are the bain of a photographers existance, generally speaking it is better to avoid the blurry photos in the first place but sometimes it is not possible. What are your options then in terms of trying to improve a photo?

The first thing to note is that sometimes, a blurry photo cannot be saved.

Nonetheless, sometimes it is worth giving it a go which is where Topaz Sharpen AI comes in. This is one of the many photo utilities within the Topaz Labs AI Suite which has a sole focus which is designed to sharpen your photos.

Whilst this is not about how to use the software (you can see an example video on my youtube here) it gives you an example of what the software can achieve. The photo below is a demonstration photo of a zoomed in part of a panorama I took of Perth CBD. As you can see (on the left) there is significant blur. 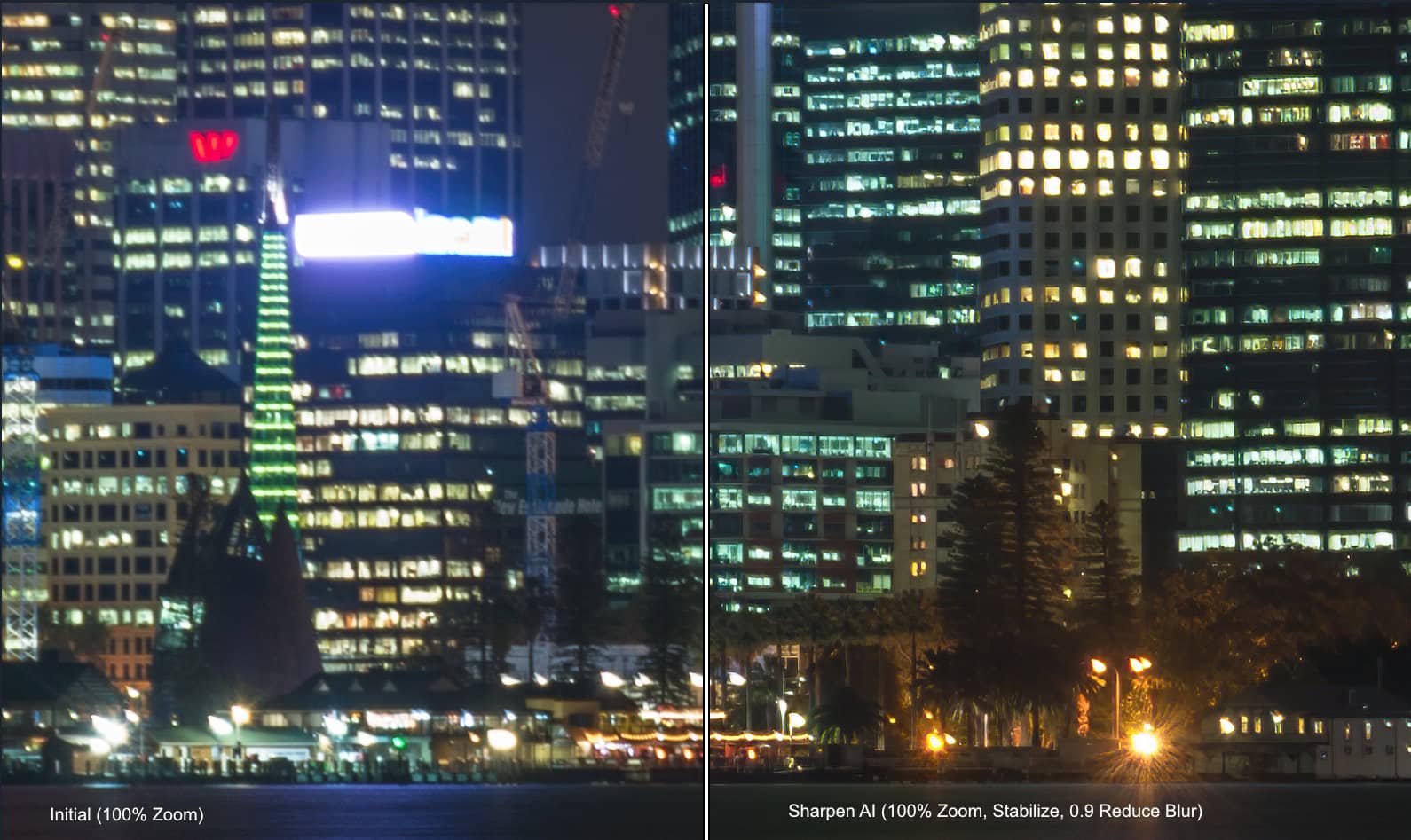 The left hand side of this photo is the initial photo (unedited) but zoomed into the city component. I then put it through Topaz Sharpen AI and set it on the stabilize function as it appears I have more general blur which probobly relates to a shutter speed which is not correct. I increased the reduce blur up fairly high (0.9) and then gave it a run and the output is on the right.

This worked better than I was expecting, it does allow me to use a photo that I would probobly have not used before!

For those that are interested, I have a range of videos on YouTube around the TOPAZ software, also if you use the code TRAVISHALE20 and the links in this post you can get a discount on the software.