Rhenium (Symbol: Re) is a transition metal that was discovered in 1925 and is silvery-white, it is one of the rarest elements in the earths crust. It has the third highest melting point, and highest boiling point of any element at an estimated 5873 K. Nikel-based superalloys of Re are used in turbine blades, exhausts of jet engines and combustion chambers. Because of it's low availability the cost of the element is high at around $2600 USD (2015).

Rhenium was obtained from an ICP-MS standard which contained the metal dissolved in Nitric acid, in order to purify and concentrate the metal the Nitric acid was progressively boiled off in a glass container and fume hood at around 121 Degrees C. As more of the Nitric was boiled off i refilled the container to concentrate the metal, before towards the end taking a small amount of solution and placing this on a glass slide for final evaporation. 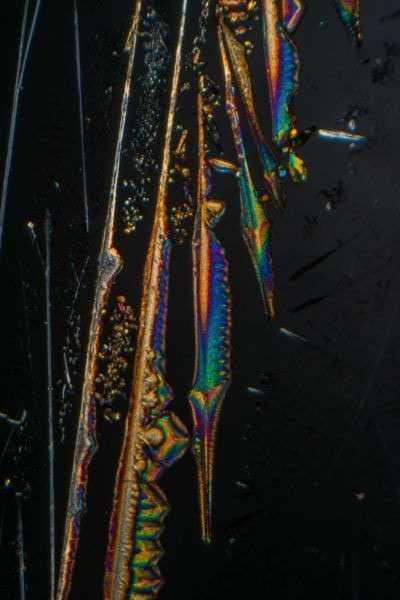