The Western honey bee or Apis mellifera is a common insect around my parents garden in the South East Suburbs of Melbourne, being attracted to the pollen from the Grevillea banksii. The Western honey bee is a fascinating insect that is commercially used to produce honey. It also has a social caste system in addition to complex communication behaviours (e.g. dances to indicate food availability). Sadly it is also currently being affected due to colony collapse disorder.

The bee's proved to be great subjects, with so many flying around the Grevillea it allowed me to stand near the large plant for more than 5 minutes taking photos of the insects, the important part was not to make rapid movements, and not to disturb or threaten the bee's so as to prevent being stung. I am also not allergic to bee's so that was an added bonus.

The images below were taken using a Nikon D5300 digital camera, and a Sigma 150mm macro handheld without flash. I used Auto-ISO to ensure the shutter speed was kept high and ran on aperture priority mode with an f-stop of around 6 – 8. Some processing was done in lightroom (e.g. fixing shadows, cropping, enhancing colours) 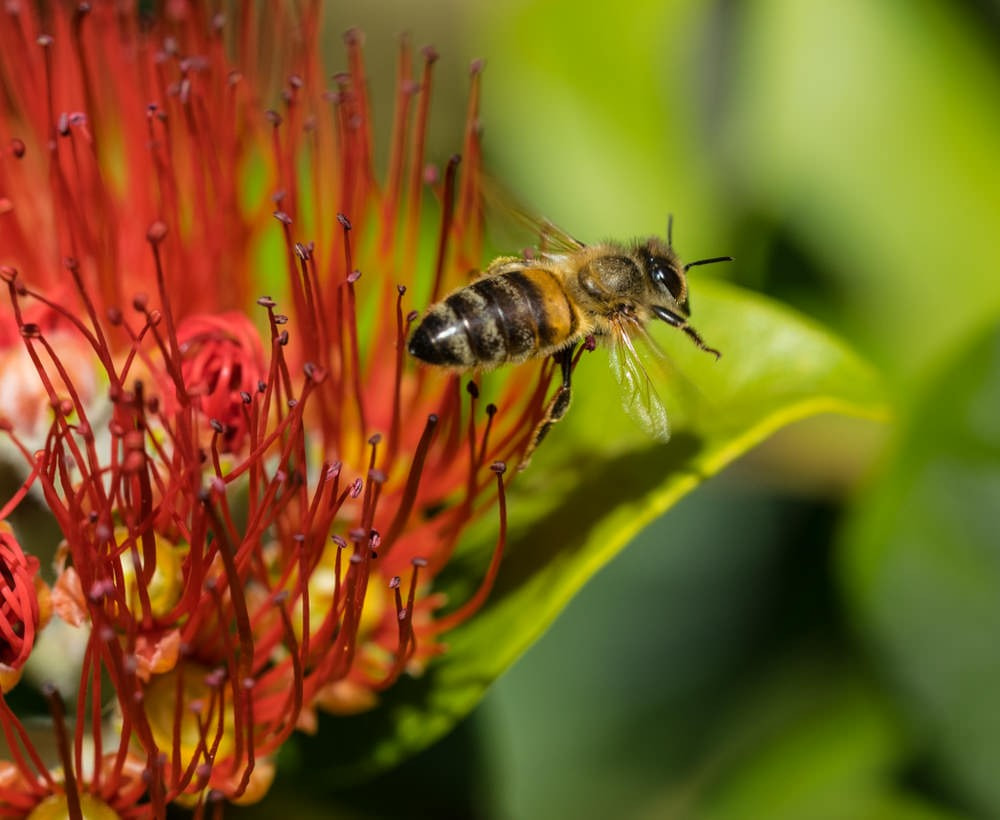